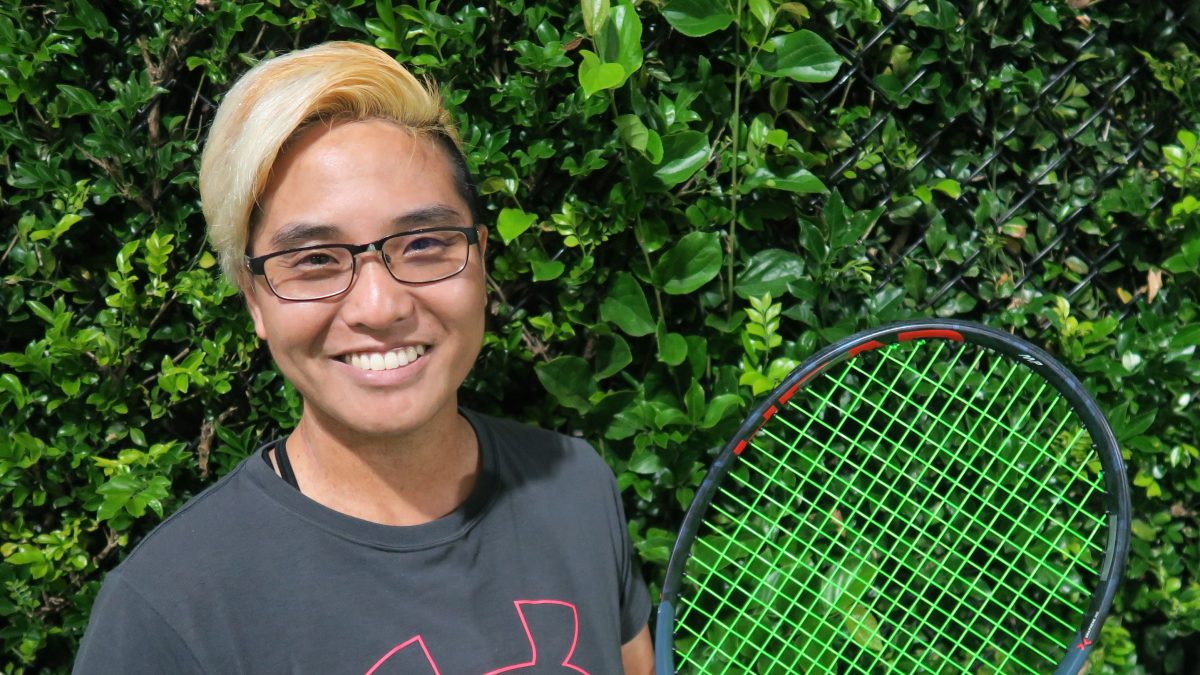 Everybody, this is Jae in, a tennis enthusiast from Strathfield Sports Club. This is In’s second season playing Saturday Badge and she really enjoys it, especially the doubles aspect and being exposed to different styles of play.

‘Badge is the perfect balance between social tennis and competitive tennis,’ says Jae In. ‘It’s more strategic as opposed to your athleticism.’ ‘Serving is something that I’ve liked and at the moment my strength.’

Doubles allows In to still be involved in the sport that she loves despite time constraints and fitness levels. She won last year’s Division 5 and is back for more at Division 4 with her team.

‘I’ve only been playing within my own community at Strathfield Sports Club, and I was looking for something wider than that because everyone has their own style of tennis.’

In loves tennis so much that if she’s not playing tennis or working, she is watching the sport.

‘I spend the remaining 10 percent of my free time playing tennis and I watch tennis all week long.’

‘I’ve been keeping my eye on Naomi Osaka. I’ve noticed a change in how she has built herself up physically recently so I’m interested in seeing how that affects her game as she moves up the ranks and stays at the top. [When someone] beefs up, you have more power but do they [also] have enough agility to move around as quickly as before?’

These are not the words you would expect from someone who has only been learning the game for three years. It’s not the number of hours racked up on court, although that itself adds to your overall experience, but rather the quality of tennis being played. And quality and variety goes hand in hand, which is where Saturday Badge comes in.

‘I like to play different players so Badge was the perfect excuse for me to be exposed to different styles of play.’

‘For me, I think that doubles requires more strategic play as opposed to your athleticism. It’s more about how you plan your game as opposed to how fit you are, ’ says In.

When asked about her go-to shot in terms of strategy, she reveals that it’s her serve.

‘I like serving out wide, it’s my strength at the moment.’

‘I’ve always been an active person and I still want to be active. Doubles allows me to still be involved in that active environment (without the physical stress on your body.)’

Below are a few candid images of Jae In in action.

This site uses Akismet to reduce spam. Learn how your comment data is processed.