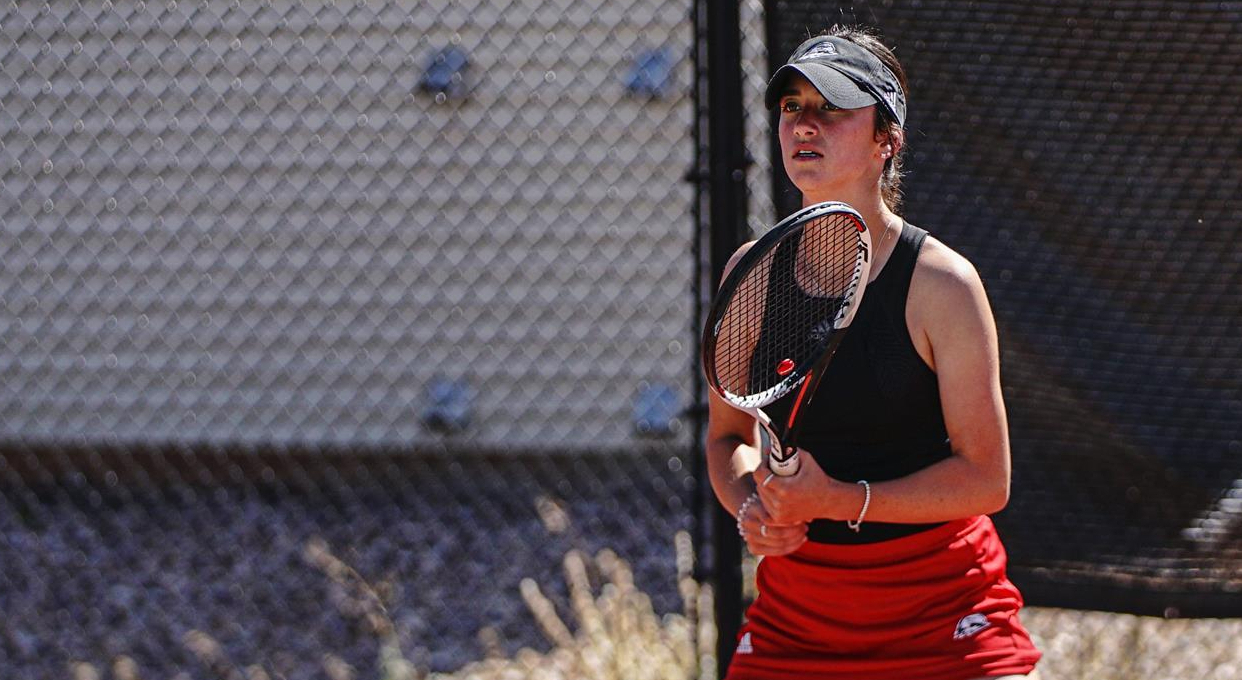 As the Australian Open 2021 wrapped up, we saw a number of Aussie players making waves through the main draw in both singles and doubles, including Ashleigh Barty making the quarterfinals, Thanasi Kokkinakis bowing out in a five set thriller and Samantha Stosur and partner Matt Ebden claiming the Grand Slam’s mixed doubles runner’s up trophy. And at Everything Tennis pro shop, we have seen a number of junior players come to train and sweat it out and go on to play professional tournaments or receive scholarships to the US college tennis scene.

We were excited to talk to local Aussie tennis player Zoe Tanti. She came up through the ranks of Tennis Australia and has made a name for herself to jet off to Southern Utah University where she is playing Division I college tennis and completing a Bachelor’s degree in Exercise Science at the same time. Tanti is no stranger to balancing schoolwork and competitive tennis and all that comes with the commitment to train and study day in and day out from a young age.

“From around the age of 11, I was competing in Australian junior tennis tournaments. I remember on weekends when I used to travel to tournaments around NSW with my sisters and parents,” said Tanti.

We all know that nobody is going to hand you titles or accolades on a silver platter. You have to work for it and have the mentality that there is someone working harder so you have to push yourself more. That is the mentality Zoe Tanti carries with her and it’s that mentality that set her up to be nationally ranked in the top 10 for every age group from under 12’s to 16’s.

When asked about her transition from the local school to Meriden: An Anglican School for Girls, she spoke fondly about “being a part of such an amazingly talented team and having the opportunity to work with high quality coaches.”

Perhaps a similar line can be drawn alongside professional WTA and ATP players on tour. From grip size to injury prevention, the appropriate racquet size to the string tension for your racquet vs your game, a competitive tennis player needs to have a support group. Zoe Tanti trained with coaches and hit with like minded Meriden girls at Strathfield Sports Club tennis courts. It’s easy to see that when Tanti trained at SSC, it took pure hard work and some to compete at a high junior level nationally and internationally and then some to be on tour.

Travelling with fellow Meriden girls and coaches to ITF and national tournaments was the norm and she thrived in that mix of athletic and academic environment. During her last year as a junior tennis player (aged 18 and under) she reached a ranking of 145 nationally and 753 in the ITF respectively.

“I enjoyed my time as a junior [tennis] player. Travelling and playing tournaments with my teammates allowed me to make lifelong friends and learn valuable lessons for the next stage in my tennis career.”

“During my high school years I juggled tennis and academics and with the support and help of the [Meriden] school, I believe it helped my transition to the college tennis environment.”

It makes sense that at the time of the interview, Tanti spoke about supporting Kyrgios at the Australian Open because he works hard even if he faces a lot of criticism. There are a lot of younger players who look up to him. “If I were rooting for someone it would be Kyrgios because he works hard and is an inspiration to many players out there. I like how he’s not afraid to be different.”

The biggest takeaway from our conversation with Tanti is that no matter what level of competitive tennis you reach as a tennis player in Australia, working for what you want is at the top of the list and that there is always support for those who are willing to accept it.

This site uses Akismet to reduce spam. Learn how your comment data is processed.